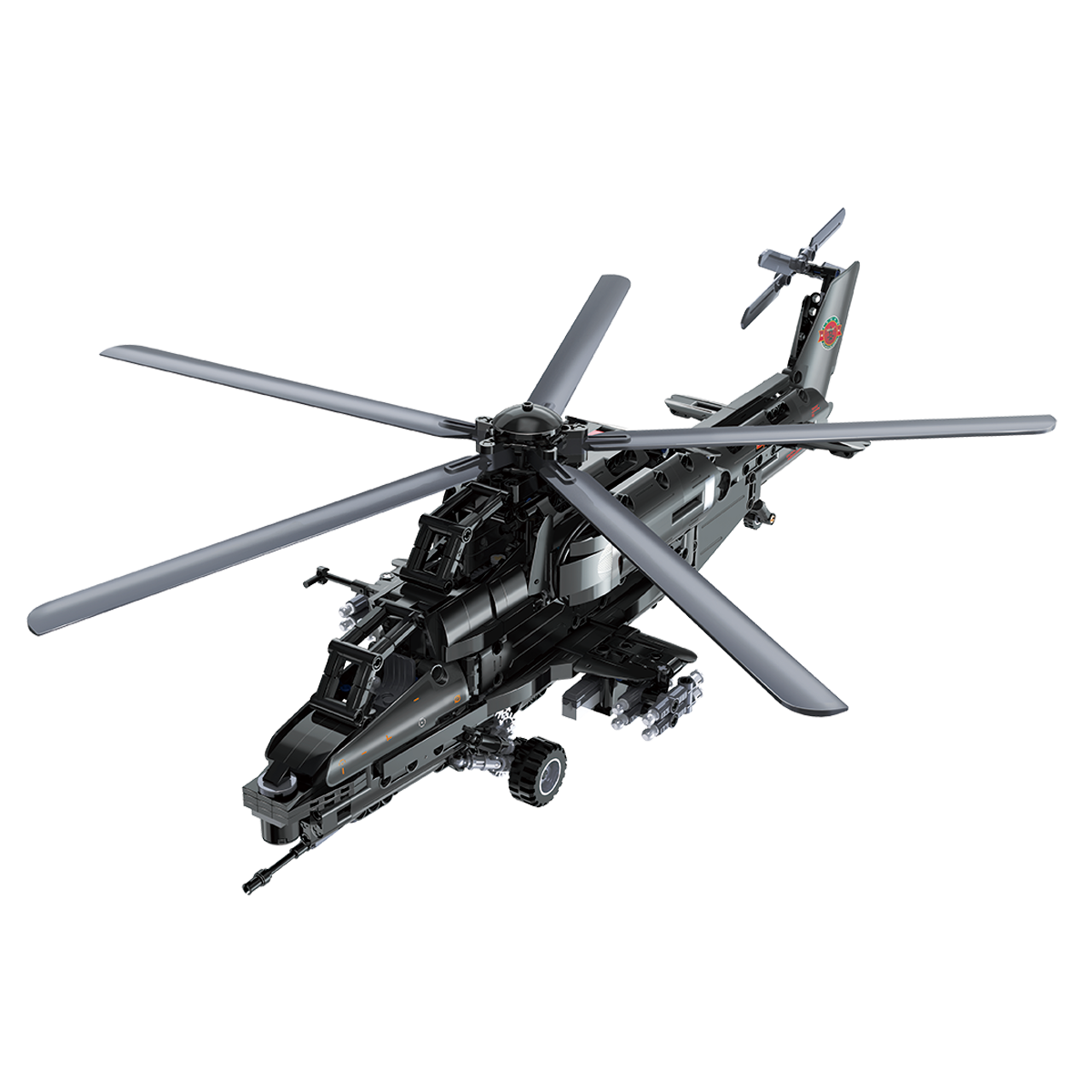 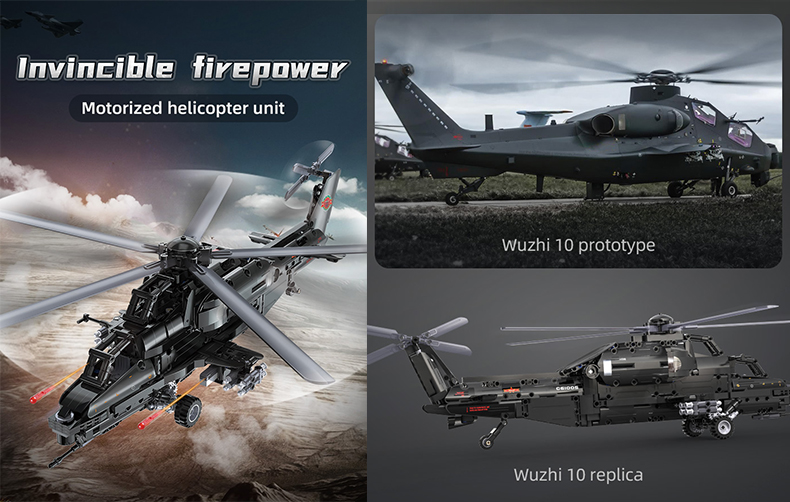 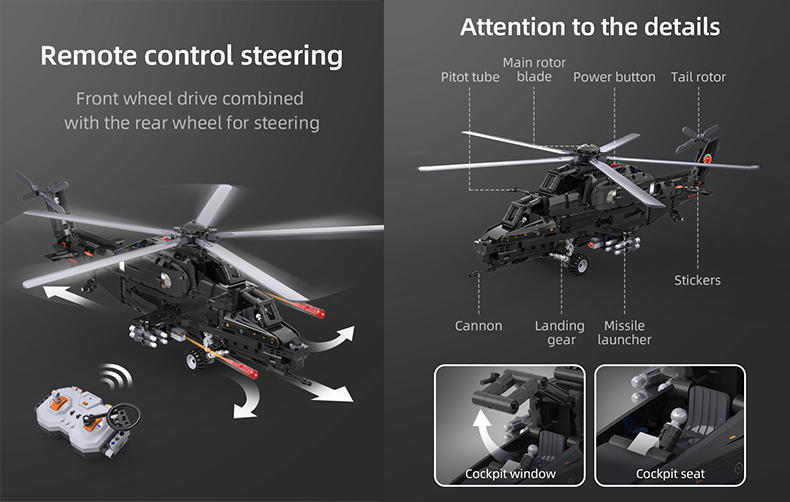 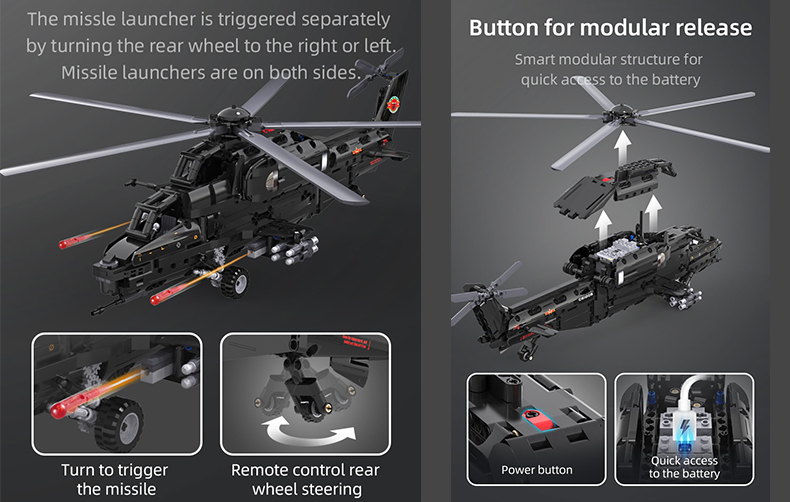 CaDA Bricks is proud to present an official highly scaled replica of the WZ-10 Chinese attack helicopter (C61005W). The helicopter is designed for those brick fans who crave the challenge of building something unique and original. The WZ-10 helicopter comes with an optional motorization, which can be used to make the helicopter move forwards, backwards, turn left or right. The blades on the helicopter also spin around, making it look just like a real helicopter in action. The WZ-10 replica is complete with a functional missile imitating fire system, which allows you to emit arrows. With its complete arsenal of features the WZ-10 helicopter is definitely an unstoppable force of bricks. 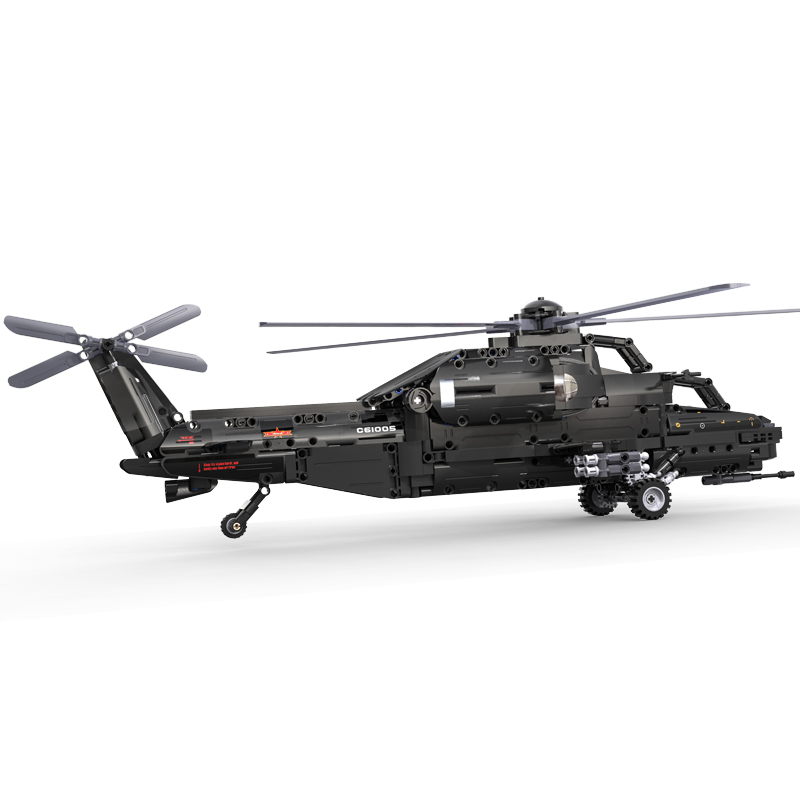 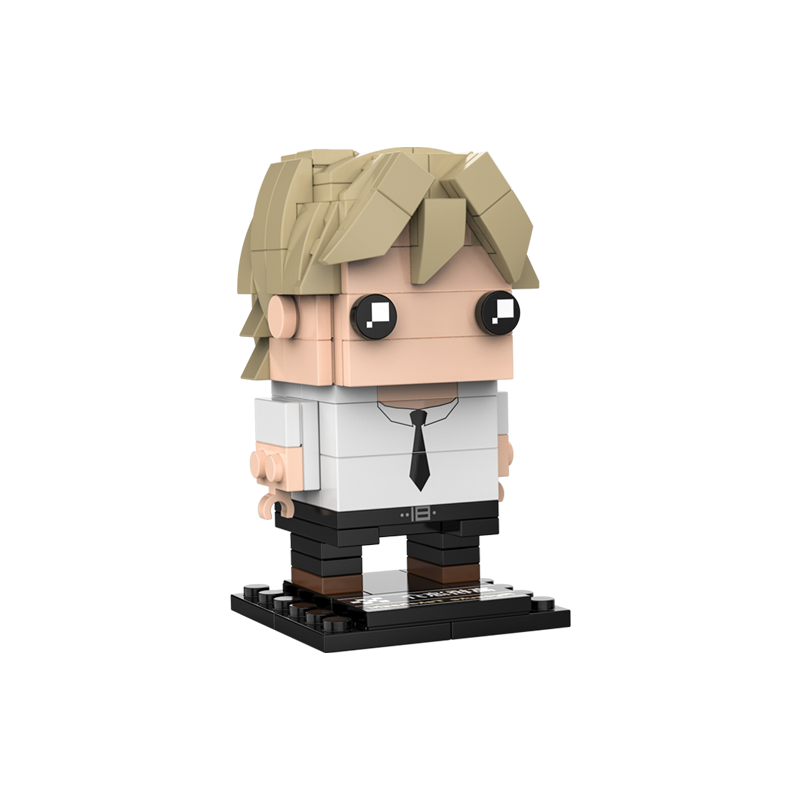 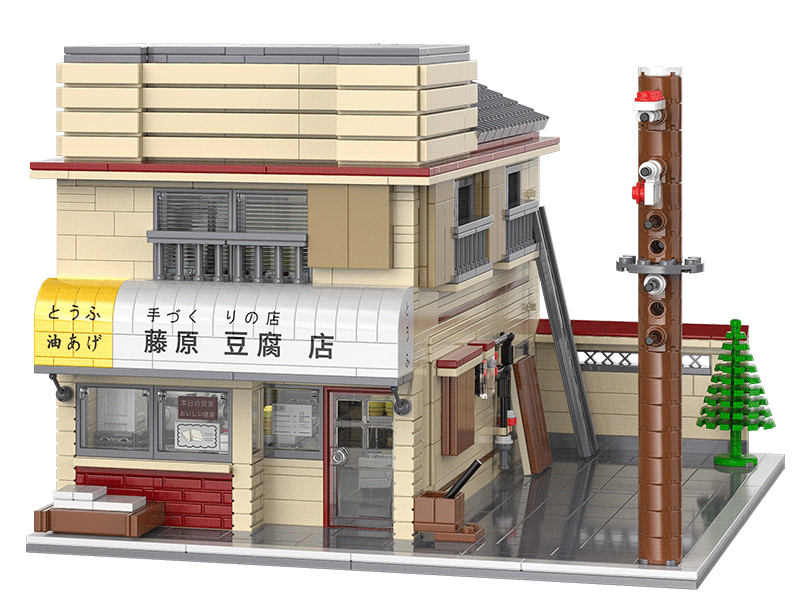 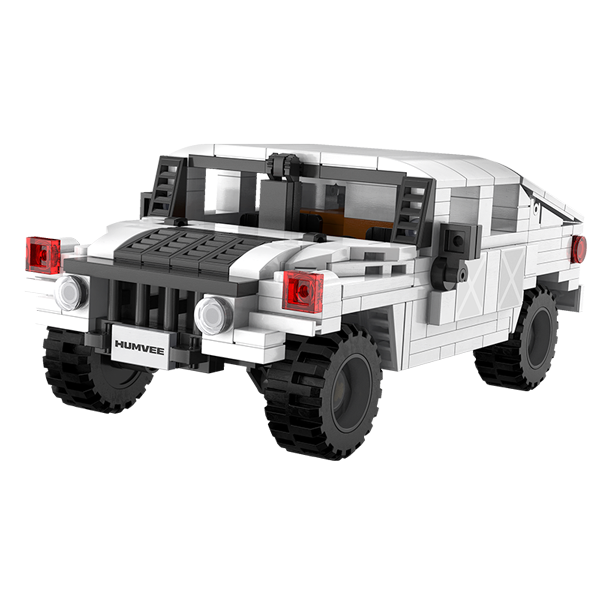 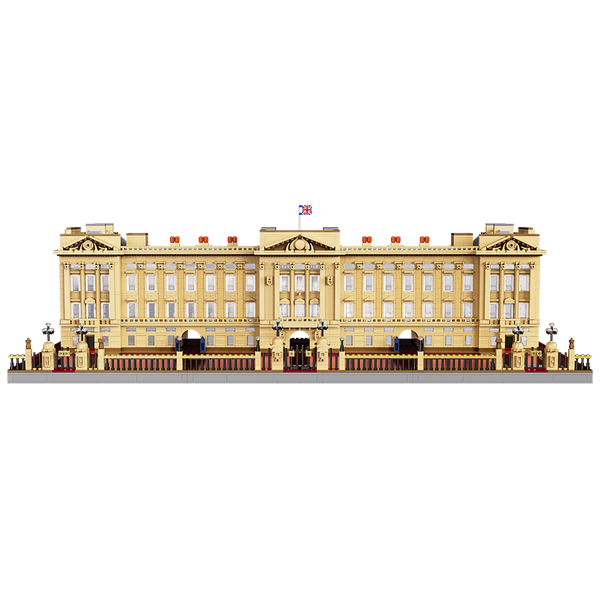